Last year I purchased a very nice Laser Cut 'Flying Machine Stand' but now with 8 flyers requiring stands I decided rather than spend $'s on more stands (the money would be better budgeted to figures) I would build the stands from 'bits and pieces'!
These stands are approximately 55mm square and are very stable I have used them several times now.


I cut two squares of ABS plastic, one 55mm square the other 30mm square I drilled the centre of each to tightly take a length of Coat Hanger wire. I then glued the three parts together I used a double thickness of the ABS for stability. 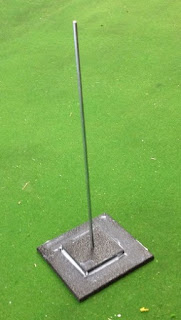 I then masked the wire and sprayed the base green. 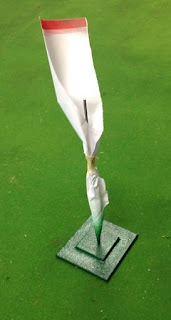 I then flocked the base and inserted a VSF flyer contraption. 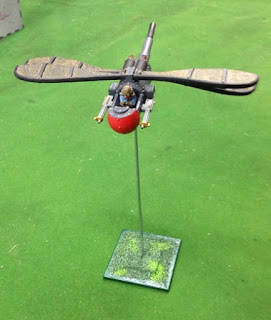 I repeated this 7 times for my TOBSEN77 flyers,  the Laser Cut 'Flying Machine Stand' won't be wasted I'll use that for my new scratch built flyer which hopefully will be ready for my VSF Wings of war game that's coming up soon...


Next time...back to that airship!
Posted by Captain Darling at 16:17