Building a stylised gunboat is a project I have been considering for quite a while and with this year’s FUBAR VSF Christmas scenario being based along a tributary of the River Nile I bit the bullet and decided to build one! I checked out some period pictures and looked at what others had created and barrelled ahead…

A picture of Her Most Imperious Majesty’s Navy’s newest River Nile gunboat, the Shastah with the crew posed 'ready for action' in June 1869. 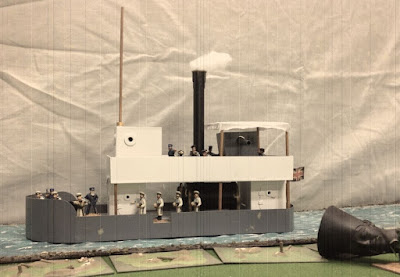 The Shastah (pronounced shaz-tar) was Britain’s newest addition to her mighty Eastern Mediterranean Fleet. This River Nile gunboat boasted a shallow draft allowing it the flexibility to sail on virtually any waterway and it featured a wide hull making it a very stable gun platform. It was armed with a single aft mounted cannon, two rapid fire ‘machine’ guns and two dozen modern rifles were aboard in the armoury. The steam driven single screw drive ensured it was the fastest and most manoeuvrable vessel available to the British in Egypt.

Firstly, I laid out the deck. I had to make it large enough to include a decent sized superstructure yet allow room for up to 25mm figure bases to be deployed on it. This is what I came up with; an MDF base and a deck (The build pictures feature my 28mm Captain Smith figure)

Next using 0.5mm styrene I created the hull sheets and painted the hull grey. I didn’t add any rivet detail or portholes as this will double for a more modern ship hull! 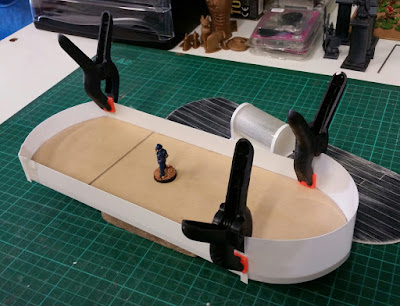 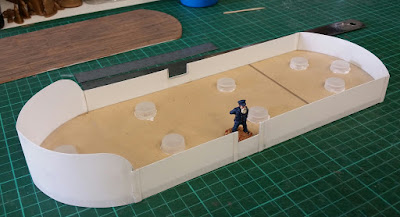 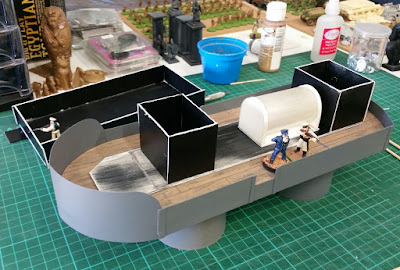 Then built a top deck and wheelhouse. 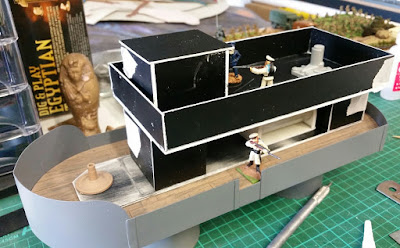 The funnels ‘decorative’ top was cut from the end of a gap filler tube nozzle. 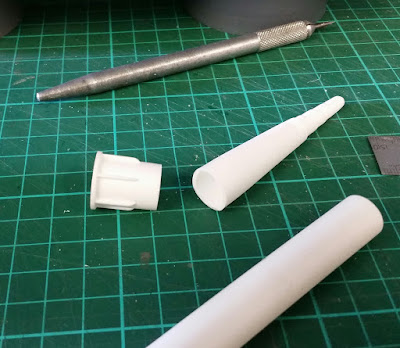 Okay I now scratch built;
A cannon
An armoured turret for said cannon, the base from this was from the parts box
Two HMGs on pivots these bases were old 1/35 Pz V wheels
The deck supports and mast are BBQ skewers
Here’s all the bits laid out for painting 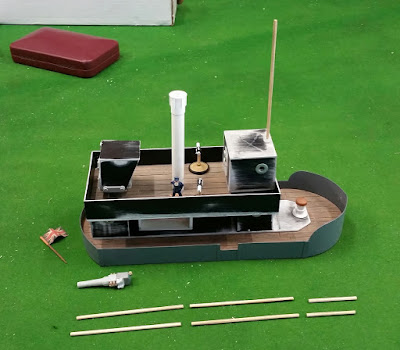 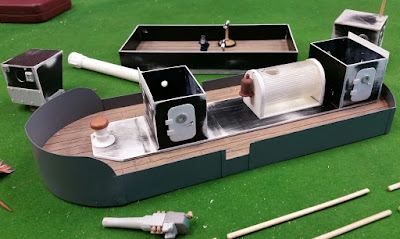 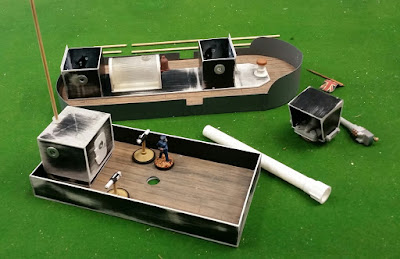 The completed vessel all crewed up. 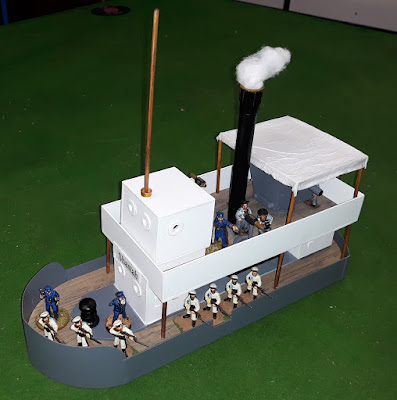 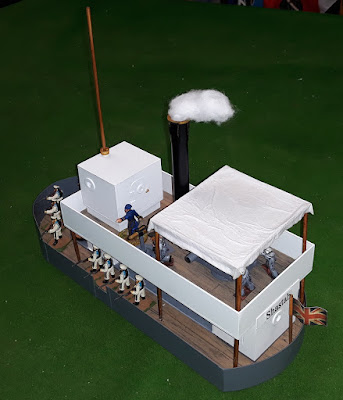 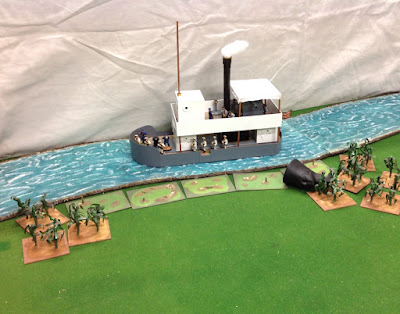 Okay so that’s now ready for the Christmas game I hope it looks the part. 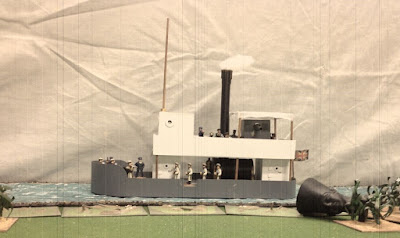 Next Time; scenario details for the FUBAR VSF Christmas game!
Posted by Captain Darling at 08:11