Well my Martian Attack game is finally making it to Little Wars Adelaide albeit a few years late!

Lord Duff commanding his Artillery in the Face of of a Martian Attack..."Don't worry chaps we'll sort out these bally Martian Fighting Machines eh wot!" 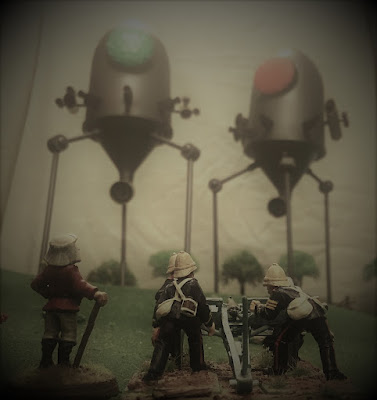 Yep Little Wars Adelaide is back in 2019! So I'll be dusting off my Martian Attack scenario, packing up my Tripods, Armoured Steam Wagons, Steam Powered Flying Contraptions and some artillery support and setting up for the day.

I'll have my updated FUBAR VSF rules on hand and a QRS for both Humanity and the Evil Martians!
My Martian QRS 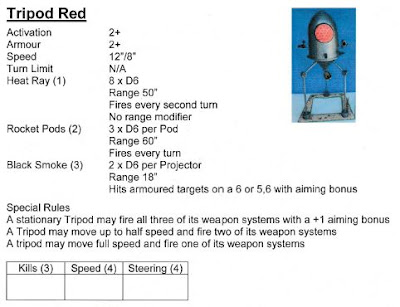 Both my Tripods, 'Red and 'Green' and some other models will be there so if you can come and have a look at them in person and if you're in for some madness join in the game!

Little Wars Adelaide 2019 will be on Sunday July 7, there will be around 20 games on the go and over a dozen vendors attending this year plus of course there'll be the bring and buy table!