I played five test games fine tuning the Martian Tripod rules and I am pretty happy with how they worked out.
The test games were based on the Cruise of the Borodino with a single martian tripod attempting to cross the table top of 72" and exit (in any condition) the opposite edge to where it entered...between it and its objective a large number of pesky Jerries!
The Martians won 4 out of five games so if I fire this up for little Wars Humanity is gonna need some reinforcements! I didn't take many pictures but here's the few that were any good. 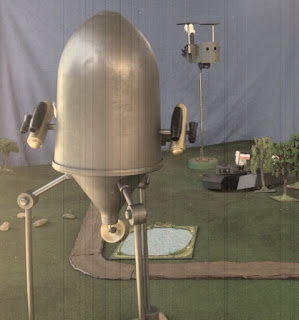 Martian, "Where's the kaboom? There was supposed to be an earth-shattering kaboom!"
And there was 3 out of four of the Human Armoured Wagons bit the dust! 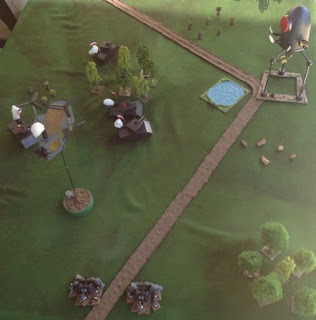 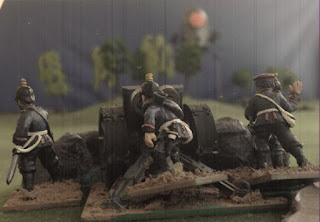 Martian, "There seems to be something wrong with my bloody Tripod today!"
There was with every weapon shot out but its heat ray this Tripod was overwhelmed by the Jerries... 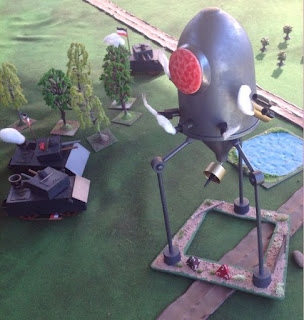 View from a Human blimp of the action! 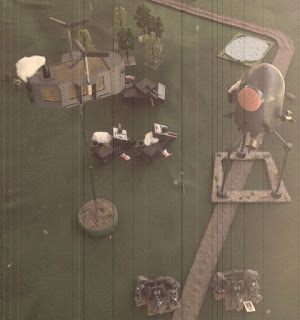 Catch ya next time!
Posted by Captain Darling at 20:48