Well what to do over the Christmas break? What else but build a 1/56 VSF 'Steam Driven' Armoured Aeronautical Conveyance. In keeping with my other VSF equipment I stuck with steam power rather than more advanced technologies for my inspiration. So my ‘flyer’ will be steam driven with propellers doing all the work!

I considered powering all the propellers with micro electric motors as they are readily available and cheap plus a friend Stu offered his electrical prowess to help! But I decided to go ahead without that option. But the lower plate is not glued and all the propellers are just pressed into place so in the future I may revisit this decision.

For weight reasons I figured a minimum of any VSF steam powered flying machines hull would be metallic (aluminium was available at the time but very expensive) so while keeping my design for this in the same theme as my land vehicles I decided there would be a 'metal' frame but 'lighter' timber panelling would make up a lot of the hull. Anyway here's the frame made with 1.5mm styrene sheet for all the flat surfaces and with a 0.5mm styrene pieces curved around the front: 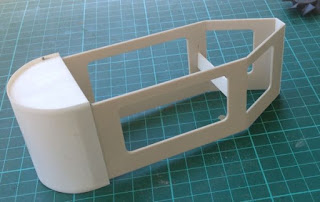 Some washers were used for the front viewing ports and one of my Perry plastic ACW infantry figures made the great sacrifice to become a kepi wearing pilot, side brackets were built for the overhead propellers: 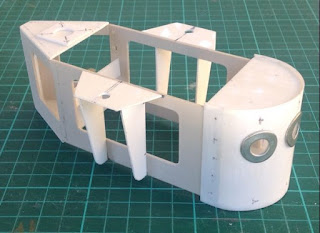 Rivets were added, the bane of my VSF model building: the top of a shampoo bottle became the lower turret and the end of a broken 1/6 MG34 became the sole gun carried: 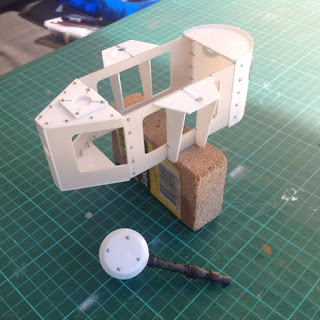 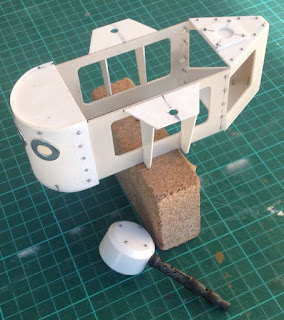 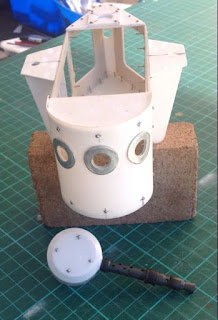 The rear propeller is from an old PC power supply unit and the lift propllers are Lego ones. 'Wooden' side panels were cut and all the parts were prepared for painting and assembling: 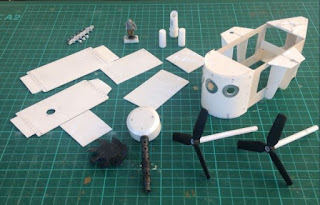 The finished product, I initially went with a full aluminium finish (B29 like) but it just didn’t look right so I went with the drab grey used on the VSF Landships I have created with a couple of shiny embellishments. When I look at it finished the gondola of a Zeppelin springs to mind! I have included an Ironclad 28mm VSF figure so you can gauge the size of the Armoured Aeronautical Conveyance: 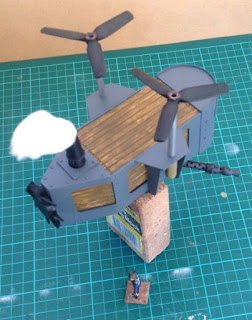 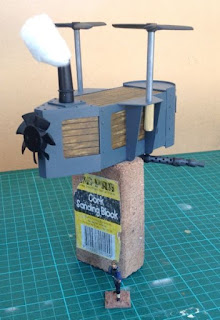 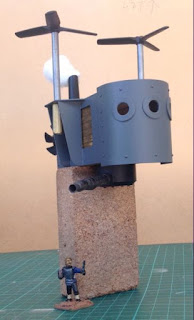 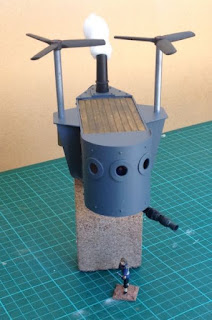 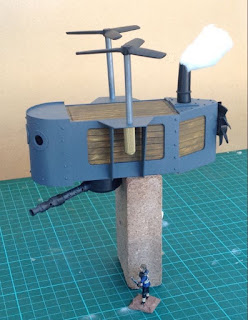 Now I just need to make a base for this! Now where's that old radio antenna?


Next time - one of those outstanding AARs or model making stuff, maybe even some historical blurb concerning the Armoured Aeronautical Conveyance? So much to do so little time!
Posted by Captain Darling at 15:54